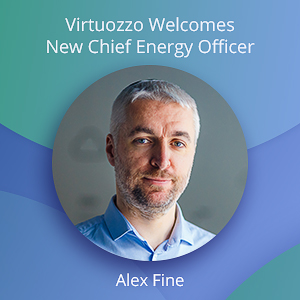 On top of his Parallels experience, Alex Fine brings a track record of “leading revenue growth” for global high-tech organizations including CloudBlue, Ingram Micro, and Odin. He joins Virtuozzo at a critical time as the company enters the hyperconverged infrastructure (HCI) marketplace with its Virtuozzo Infrastructure Platform.

MarketsandMarkets has estimated that the hyperconverged infrastructure market will grow by 43.6% annually between now and 2022 to reach USD $12.6 billion.

“Our Virtuozzo Infrastructure Platform will deliver hyperconvergence of compute, storage and virtual networking in a single stack with unified management and multi-tenancy support,” said Alex Fine, the newly appointed CEO of Virtuozzo. “This way IT organizations can build scalable, high-performance cloud or virtual data center infrastructure on commodity hardware to reduce costs and enable business growth.”

After being responsible in 2006 for managing the emerging Parallels Desktop division in Europe, Middle East, Africa and Asia Pacific, he later expanded Parallels’ business presence in Africa, where he drove “notable” revenue growth as the company evolved into the Odin brand. After Ingram Micro‘s acquisition of Odin, Alex stayed with the Odin team to lead sales in EMEA until joining Virtuozzo.

Virtuozzo provides integrated virtualization and software-defined storage technology leading to better performance and cost efficiency in data centers around the world. The company has been a contributor to many open source projects, including OpenVZ, KVM, OpenStack, CNCF and OCI.

What is Web Hosting? – HostGator Hosted