NAKIVO, provider of data protection products for VMware vSphere virtualized environments, has more than doubled its European revenue in Q3 2013 over Q2 2013. NAKIVO’s aggressive quarter-over-quarter growth results mark the 3rd consecutive quarter of strong revenue growth for the company across the region. 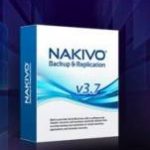 In Q3 2013, total revenue for NAKIVO in Europe grew by 167%, while new European customers increased by 165% compared to the previous quarter, Q2 2013. This would demonstrate NAKIVO’s rapid customer adoption and fast pace growth in the VM backup and replication market for cloud service providers and SMBs.

With its VM data protection solutions, NAKIVO has expanded beyond North America with more than 48% of its new customers located in Europe. The company won European customers for the first time in Bulgaria, Cyprus and Sweden. Besides that, NAKIVO increased its number of European customers in Belgium, Finland, France, Germany, Ireland, Italy, Netherlands, Spain, Switzerland, Turkey, and United Kingdom.

“European-based cloud hosting service providers helped to accelerate our growth in Q3, building upon the strong success of our distributors and resellers across Europe,” said Bruce Talley, CEO and co-founder of NAKIVO. “We are pleased with the strong demand for NAKIVO by European Cloud Service Providers and SMB customers who have recognized the tremendous value and benefits delivered by NAKIVO Backup & Replication in their VMware vSphere environments.”

Founded in 2012, NAKIVO is a privately-held company that has been profitable since inception. Headquartered in Silicon Valley, California, NAKIVO has offices in Europe and Asia. The software solutions provider develops and markets a line of next generation data protection products for VMware vSphere virtualized environments with live applications & databases including Microsoft Active Directory, Microsoft Exchange, Microsoft SQL, and Oracle.

CRM Provider Salesforce to Invest $2 Billion in its Canadian Business...