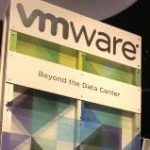 VMware has announced the general availability of VMware vCloud Hybrid Service in Europe from a data center in Slough, UK. Complementing VMware’s existing US data centers, the Slough data center provides its cloud hosting customers with a European location that addresses UK and EU compliance and data sovereignty demands.

Why to use the Business Rules service for IBM Bluemix

Gartner Anticipates a 5.1% Increase in Global IT Spending in 2023