Vodafone Business has unveiled a new service, combining the ultra-quick response times of distributed Multi-access Edge Computing (MEC) technology with the fast speeds of 5G. In collaboration with AWS, Vodafone Business’ distributed MEC service will be rolled out from the spring of 2021, starting with the first commercial center in London, UK, and with other locations in the UK and Germany to follow.

Vodafone starts enabling organizations across Europe to create pilot applications using distributed MEC with Amazon Web Services (AWS). This is made possible by embedding AWS Wavelength at the edge of its 4G and 5G networks to bring customers and key applications closer together.

In collaboration with AWS, the first MEC and 5G commercial center will be opened by Vodafone in London, UK in spring 2021, with more to follow in UK and Germany.

“Every millisecond matters in digitalizing manufacturing, safeguarding citizens and workers, transporting medical supplies by drone or eliminating motion sickness when wearing a VR headset,” said Johan Wibergh, Chief Technology Officer (CTO) at Vodafone. “Putting these services much closer to the customer with Vodafone’s Edge Computing service will significantly reduce any delay in transmitting critical services. By opening up new innovation hubs within our 5G network, which currently spans 127 cities and nine markets in Europe, we can help turn new business ideas into commercial successes.” 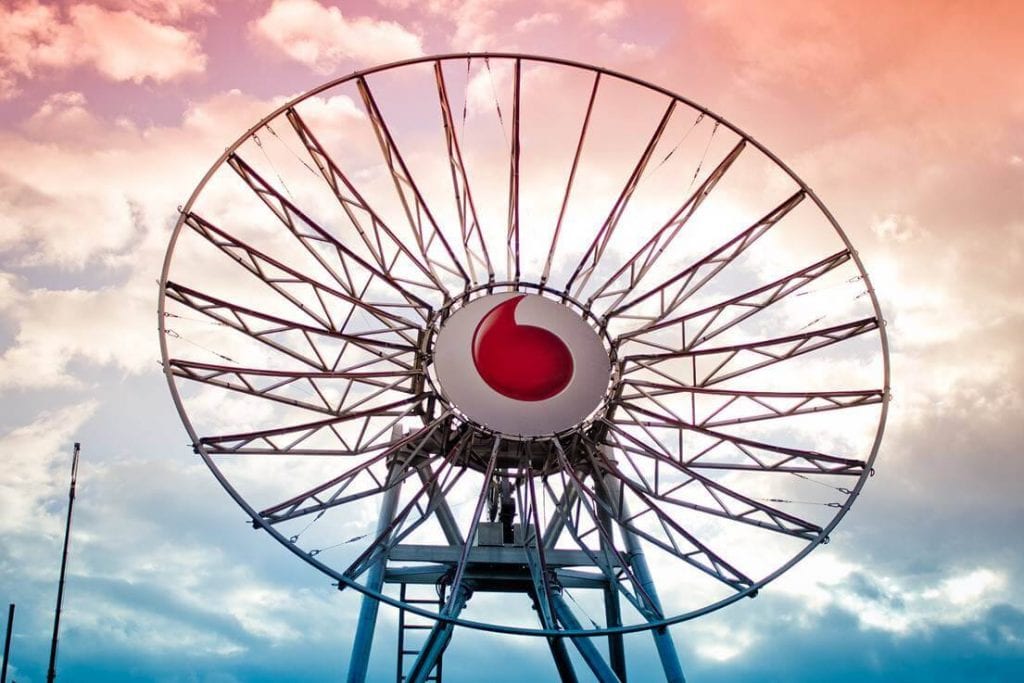 MEC is a key component to unlock the full potential of 5G as it moves cloud-based IT services to the edge of the network, providing services with almost instantaneous connectivity, according to Vodafone Business. Combined, MEC and 5G provide the platform on which remote surgery, connected industrial robots and autonomous cars as well as critical Internet of Things (IoT) applications will work by allowing ultra-low latency response times between the user and the application housed within the edge of the network.

Milliseconds matter for remote surgery and driverless cars, but the responsiveness of the network also makes a difference for gaming, augmented and virtual reality as it makes the experience more enjoyable and feel more real to the user. It would also provide a more immersive experience for sports fans when they replay a goal from several pitch-level angles, as well as allow shoppers to try on clothes virtually.

The commercial MEC center in London would provide an ultra-low latency zone over a wide area and make use of Vodafone’s 5G network in the capital. In addition to areas within and around London, the low latency zone will extend to Cambridge, Oxford, Birmingham, Bristol, and Cardiff, as well as many towns home to tech firms along the UK’s M4 motorway corridor and parts of Wales and Cornwall.

Vodafone has been piloting MEC based on the AWS Wavelength Zones with customers in two beta trial sites in the UK. An additional beta trial location is due to open in Dusseldorf, Germany, early next year with general availability in Dortmund later in 2021. This first AWS Wavelength Zone in Germany will enable developers to create ultra-low latency applications for organizations in the economic heart of Germany, including Dusseldorf and Cologne. In addition to London, these locations will also be used to support innovation hubs for business customers and independent software vendors (ISVs).

Some Innovative companies like Dedrone, Digital Barriers, Groopview and Unleash live have already built and successfully tested applications deployed in Vodafone’s test facilities. The applications include:

“Working with AWS on edge computing means we are making it simpler for both independent software vendors and our customers to experiment with this emerging technology,” said Vinod Kumar, CEO of Vodafone Business. “We’re doing this by offering an incubation space to create and test applications that we can then industrialize and scale. And we’re already seeing some innovative applications that provide positive business outcomes from Dedrone, Digital Barriers, HERE Technologies, Groopview, and Unleash live, with so much more to come once our MEC innovation program is running.”

Vodafone Business will run a MEC innovation program in collaboration with AWS from early 2021 for a wider developer and business community to experiment with this new technology. Interested parties can find out more about the program here.

“We’re excited to work together with Vodafone Business and AWS to trial what MEC and 5G can support when location intelligence and real time connectivity come together,” said Michiel Verberg, Director, Technology, Media and Telecom at HERE Technologies. “These cutting-edge technologies are the foundation for the transport of the future and will underpin powerful new services that improve people’s quality of life, such as safer driving.”