Database Vault has the ability to store database backups to a variety of storage locations and solutions, such as a local disk, external USB drive, network storage, or an offsite FTP server. More storage locations such as Dropbox, Amazon S3 and Google Drive are coming soon.

A single installation would easily manage an unlimited number of database backups and versions. Backups would take almost no time to create, and multiple databases can be backed up simultaneously, streamlining the process. 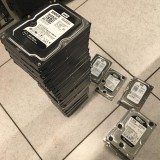 Database Vault supports both full and incremental backups for Microsoft SQL Server, as well as supporting SQL Server’s native backup compression. Additionally, database backups can be compressed to save space, are password protected, and AES-256 encrypted for security. Database Vault has email notifications support for successful or failed backups and can include the backup task log file for a quick diagnostics of what has failed or gone wrong.

Database Vault has been tested with databases from only several MBs all the way to 100GB.

ASPnix is a Denver, CO based web hosting and automation software company since 2003. The company’s services range from Cloud Windows and Linux Web Hosting to virtual private servers (VPS hosting) and dedicated servers.

Taking Ransomware to task with Next Generation Windows Defender (Session 2)

Using the Speech-to-Text API with C#