Global web hosting and managed hosting provider, DreamHost, has signed on to support The Web Foundation’s ‘Contract for The Web.’ At least eighty organizations have now signed this manifesto. Contract for The Web is a campaign launched last week by the British inventor of the World Wide Web, Tim Berners-Lee.

Mr. Berners-Lee has long been concerned about certain developments, such as the spread of fake news, political influence, and invasion of privacy. The Briton fears a ‘digital dystopia’. According to his manifesto, the Internet must be available to everyone and companies and governments must take fundamental rights into account. The Internet must also remain affordable.

The Contract for the Web represents a global action plan to safeguard the web as a force for good. The full text of the contract elaborates on 9 core principles that provide guidance for all parties to help ensure that the web remains a safe and empowering resource for everyone. The 9 basic principles to which companies, governments and consumers must adhere are, however, formulated in rather broad terms.

The final contract represents the outcome of a thorough process of deliberation and negotiation among five working groups comprised of over eighty experts representing academia, government, business, and civil society organizations worldwide.

DreamHost was a proud voice among these groups, working to achieve understanding and consensus across a variety of interests. After a public comment period, a core working group assembled the final text of the contract.

“We first signed on to support The Web Foundation’s seven principles in January and have worked tirelessly since then among these working groups to build a contract that keeps the web open and available while respecting privacy and individual user rights,” said Brett Dunst, Vice President of Corporate Communications, DreamHost. “We’re committed to helping our customers find success online, and a welcoming internet that prioritizes open access and user privacy is key to helping those users attract and captivate their own customers while growing their online businesses.”

The final text of the ‘Contract for the Web’ can be found here. 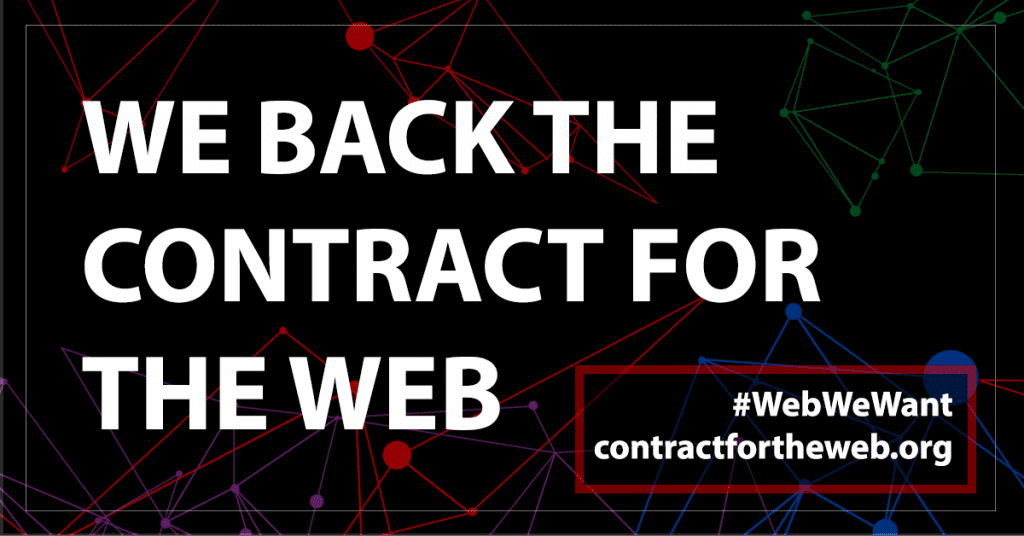 How Ancestry Manages Risk in Their Application Environments with Qualys on...

How to do a backup of your website in cPanel