ResellerClub, a web hosting provider part of Endurance International Group’s family of brands, has upped the stakes for web designers and developers by launching a contest to pick the best designed websites. Their ‘SiteWars’ contest which will feature UI or UX experts from world famous brands as judges offers a sizeable bounty with cash prizes of $5,000, $3,000 and $2,000 for the top 3 entries.

ResellerClub has tied up with domain registry, Donuts, to host its ‘SiteWars’ contest. The contest will feature an esteemed panel of judges including Jeff Davidoff (CMO, Donuts); Adel Anwar (Design Lead, Google) and Mike Miller (Creative Director, Mojo Marketplace). The ‘SiteWars’ contest was opened for registrations on 28th April and will be on till June 14th while winners will be declared on June 29th. 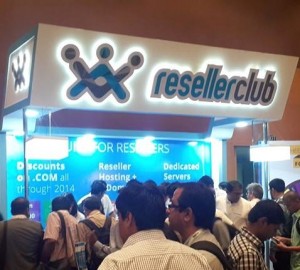 “In my webinar at the start of the year, I received fantastic feedback from the Web Designer and Developer (WDD) community about the way the industry is currently positioned and decided that this was going to be ResellerClub‘s primary goal this year – enabling WDDs,” said Shridhar Luthria, General Manager and Business Head of ResellerClub. “SiteWars is a platform that we hope will encourage healthy competition and incentivize the industry to come up with even better UX styles than ever before. For this contest, we’ve teamed up with Donuts who are a perfect fit as they have a wide portfolio of domain extensions that can cater to most industries that a WDD would service. The WDD portal we’ve built is for the web design and development community to upskill, compete, collaborate and network.”

“Through a platform like SiteWars, we want to reward the brightest ideas that make the web an intuitive and engaging experience and usher in the next phase of the not-com revolution,” said one of the judges, Jeff Davidoff (CMO, Donuts). “I’m very excited at the prospect of evaluating some path-breaking designs and look forward to a fair and fierce contest. We appreciate ResellerClub‘s initiative to encourage the community to grow and hone skills and are proud to be associated with such an event. We wish all the participants the very best.”