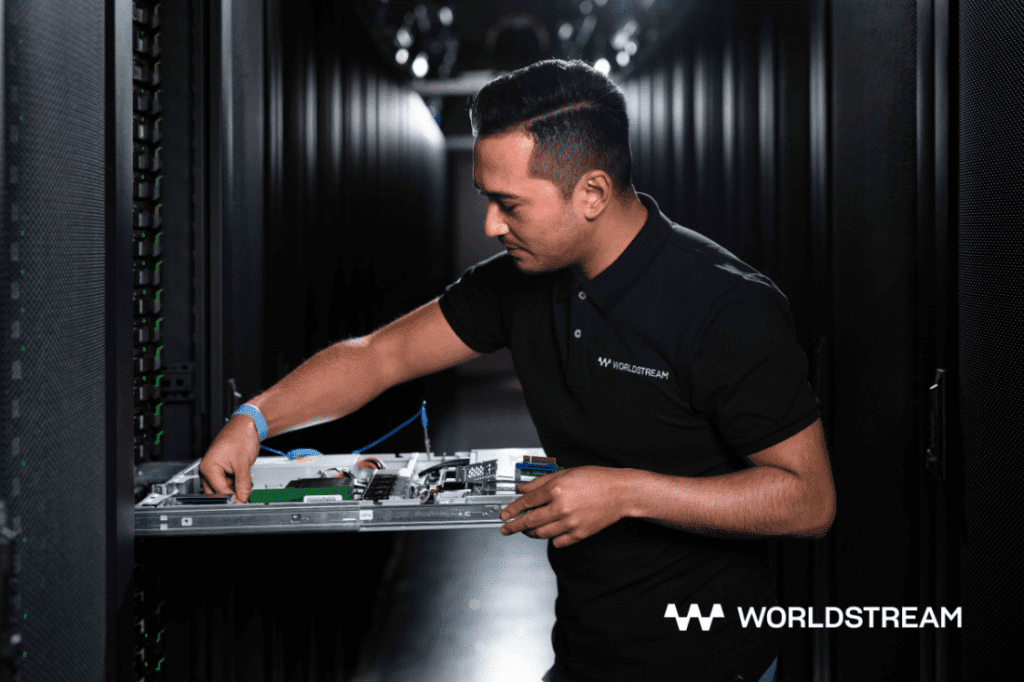 Worldstream, a fast-growing provider of IT infrastructure solutions with over 15,000 servers deployed in company-owned data centers in the Rotterdam/The Hague region, the Netherlands, has launched a fully new software-defined product range with 12 new infrastructure IT solutions ‘as-a-service.’

The new as-a-service product portfolio, which is based on the recently launched Worldstream Elastic Network (WEN), was developed by Worldstream’s own R&D department in response to the growing use of cloud and hybrid IT infrastructures, as well as the corresponding flexibility and scalability needs of IT companies.

The Worldstream Elastic Network (WEN) recently being announced is a high-security software defined network (SDN) that delivers high bandwidths and serves as an interconnection platform between and inside data centers. As an IaaS provider, Worldstream is now offering 12 new infrastructural IT solutions as-a-service based on the Worldstream SDN technology.

The new as-a-service IT solutions, as well as the Worldstream Elastic Network on which they are built, take use of Worldstream’s global network backbone, which has a high bandwidth capacity of 10Tbit/s and a network usage rate of 45 percent.

“For the 12 new as-a-service IT solutions, it means there is plenty of bandwidth available for the connections that customers can create à la minute between data centers and within their own data center environment,” said Tim Vollebregt, Director of Network & Cloud Services at Worldstream and responsible for R&D activities. “In fact, the Worldstream global network is the backbone for the as-a-service services we are launching today. EVPN-VXLAN technology provides a virtualized layer on top of this network, while the in-house designed intelligence in the SDN-controller ensures that the various infrastructure services can be combined with each other as modular building blocks – dynamically, scalably, quickly and above all very easily.”

“With over 15,000 physical servers installed in our data centers, we are now a major player in the Dutch market. Also, the extensive global proprietary network with 10Tbit/s of bandwidth shows that Worldstream is a player of stature,” said Robin Lim, Director Sales & Marketing at Worldstream. “Worldstream’s tremendous growth over the past few years is the direct result of our ability to capitalize on customer-specific needs while offering them a competitive price/quality ratio for the infrastructural IT solutions we provide. The as-a-service product innovations we are launching today represent a significant new step in facilitating current and future infrastructure customer needs. It closely aligns with the growing market need for ultimate flexibility, cost control and ultra-fast time-to-market for the setup of all kinds of data center services related to cloud and hybrid IT infrastructures.”

Worldstream is currently offering the following infrastructural IT solutions as-a-service. These can be dynamically connected via the Worldstream Elastic Network (WEN):

Worldstream is based in Naaldwijk, the Netherlands, and was founded in 2006. In its data centers, the firm now has more than 15,000 dedicated servers installed. For clients all around the world, the security-focused Infrastructure-as-a-Service (IaaS) provider offers customized dedicated servers, colocation services, and denial-of-service (DDoS) protection. Cloud service providers (CSPs), managed service providers (MSPs), systems integrators (SIs), broadcasters, Internet service providers (ISPs), independent software vendors (ISVs), small and medium businesses (SMBs), and enterprises are among its customers.

Worldstream offers a worldwide network with a total capacity of 10Tbit/s and a network utilization of 45 percent, allowing clients to scale easily and readily survive DDoS attacks. Worldstream’s servers are hosted at Greenhouse Datacenters’ facilities (Worldstream’s sister company), which run two extremely energy-efficient data centers in Naaldwijk, in the Rotterdam/Den Haag area in the Netherlands.