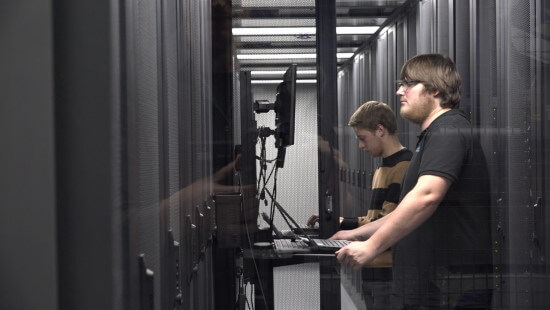 Worldstream, a fast-growing Infrastructure-as-a-Service (IaaS) provider with more than 15,000 dedicated servers installed in its data centers for clients globally, has selected power management company Eaton for delivering UPSs (Uninterruptible Power Supplies) for its flagship data center in Naaldwijk, the Netherlands.

The deployment of Eaton UPSs for the emergency power supply would ensure business continuity and scalability, while contributing to achieving an ultra-low Power Usage Effectiveness (PUE) value of 1.2.

As a fast-growing IaaS hosting provider with international operations, Worldstream places great emphasis on the sustainability of its IaaS services. That is why Worldstream uses environmentally friendly cooling techniques for its newest data center in the Netherlands. The extremely low PUE value has also been achieved by implementing emergency power supplies using Eaton’s Energy Saver System (ESS). As a result, UPSs would save up to 85% on energy loss.

While sustainability is important, ensuring the business continuity of Worldstream and their customers would come first. This requirement is taken into account in all aspects of Worldstream’s flagship data center. For example, the associated infrastructure is fully redundant. Dedicated servers are powered by two parallel feeds, which are separated from each other and supported by separate UPS systems. This means that if problems occur in one of the feeds, the other feed can take over seamlessly.

The modularity of Eaton’s UPSs would also promote redundancy. The emergency power systems consist of different modules that can take over each other’s workload. These modules use the unique HotSync technology: they do not communicate with each other via cables. Instead, they determine on the basis of module output whether tasks need to be taken over.

“We place the highest demands on our suppliers in order to provide our customers with the best possible IaaS hosting services,” said Nick de Jong, Sales Director at Worldstream. “We were looking for a party able to provide us with the highest quality, scalability, reliability and sustainability. We found that player in Eaton.”

The data center’s emergency power supply was designed with future growth of Worldstream’s data center space in mind. There are already plans in place for the construction of the next data center, to facilitate continued international growth and to realize a data center growth capacity of up to 90,000 servers for Worldstream.

Both the data center space where the emergency power facilities have been installed and the emergency power installations themselves are geared to the expected growth in the coming years. By thinking ahead, Worldstream will have enough space available for additional UPS power.

“Eaton has been involved in this project from the very beginning, and has thought along with Worldstream on numerous fronts,” said Marcel Brand, account manager at Eaton. “You can see that in the result. Additional UPSs can easily be installed, because we looked in advance at the needs for the future.”

Worldstream was founded in 2006 and is headquartered in Naaldwijk, the Netherlands. The company has installed more than 15,000 dedicated servers in its company-owned data centers. It offers security-oriented IaaS services including fully customized dedicated servers, colocation and distributed denial-of-service (DDoS) protection.

How does Google select a data center location?