Zend Technologies, a company that helped establish the PHP language, which today powers over 200 million applications and websites worldwide, has announced the immediate availability of Z-Ray, a PHP debugging and productivity solution for real-time visibility into PHP application and framework code. 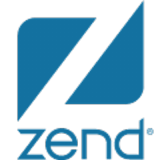 Key features and highlights of Z-Ray include:

Z-Ray: Debugging for Error-free, High-Performing Applications – The new Z-Ray would give developers deep insight during development, drastically improving the quality and performance of their code and applications by resolving issues long before production. Z-Ray displays all under-the-hood details and PHP requests involved in building a page. It provides critical information on page requests, performance metrics, database query insight, session data and more.

Z-Ray Support for PHP Frameworks – Developers can use Z-Ray to gain insight into their Zend Framework, Laravel or Symfony-based PHP applications with information on requests, response objects, events, view helpers, config and app config as well as lists of loaded modules, and more. Also, developers would be enables to easily create their own customized view in Z-Ray with the new Z-Ray Extensibility API to support any framework or application.

Zend solutions are deployed at more than 40,000 companies, including BNP Paribas, Best Buy, GE, Prada and other leading brands worldwide.